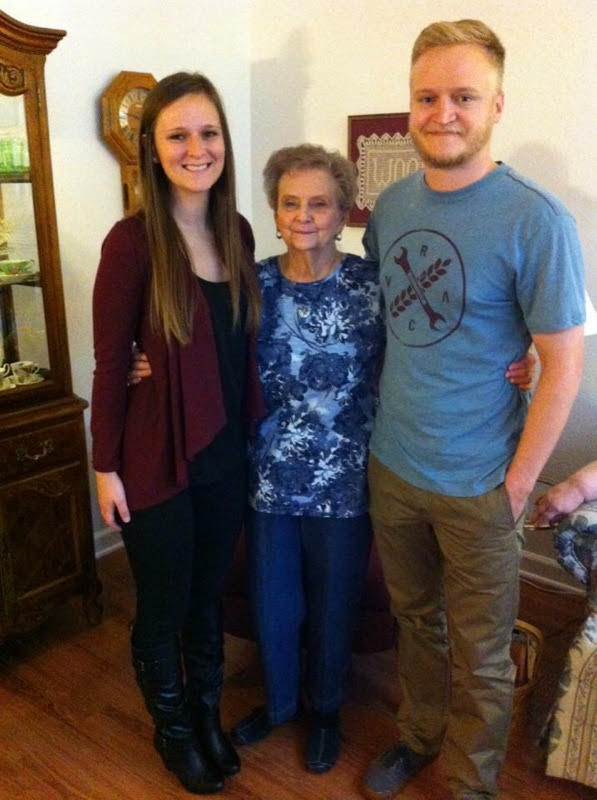 This Month’s Spotlight of the Month honors Andrew Richards!

Andrew has stuttered since he was around 2 years old, with his father and his late older brother stuttering also. He was born in Dallas Texas, and raised in surrounding areas such as Grand Prairie, Arlington and Mansfield. After graduating high school in 2009, he went to an automotive technical school in Houston, Universal Technical Institute, and graduated from UTI (funny name for a school) with a 4.0 in Automative Technology. Once he moved back to the DFW Metroplex, he began working at a local lube shop, learning the ins and outs about the basic maintenance of cars and trucks. Currently, Andrew is an ASE Certified Technician at Firestone Complete Auto Care. He spends his free time working out, playing video games, or binge watching whatever he hasn’t already seen on Netflix or Amazon. He is also currently in the process of enlisting into the Marine Corps.

Andrew’s younger sister, Bethany, is in graduate school to become a Speech-Language Pathologist. In 2016, Bethany’s fluency professor, Natasha Anderson, invited him to sit in during one of her classes. Natasha had invited three active NSA members, (Marcus Peters, Sarah Stevenson, and Briana Pipkin) to come to her class to talk about what it’s like to be a person who stutters. That day was the first time Andrew had met anyone outside of his family that stuttered. This changed his life. He has since been involved with the NSA for over a year and is loving the connection he has with everyone in it. Andrew attended his first NSA conference in Dallas just two weeks ago and even found the nerve to get on stage and say a few words during the “closing mic”. He says that experience is one he can’t put in to words. “Meeting people from all walks of life, from all over the world who share the same connection, was definitely life changing”, he says. After the conference, Andrew is trying to be more open about his stuttering. “Everyone deserves to be heard, and at the NSA, everyone is heard”.

The next time you see Andrew, tell him to just do one more push-up for Chesty (Marine Corps joke!)