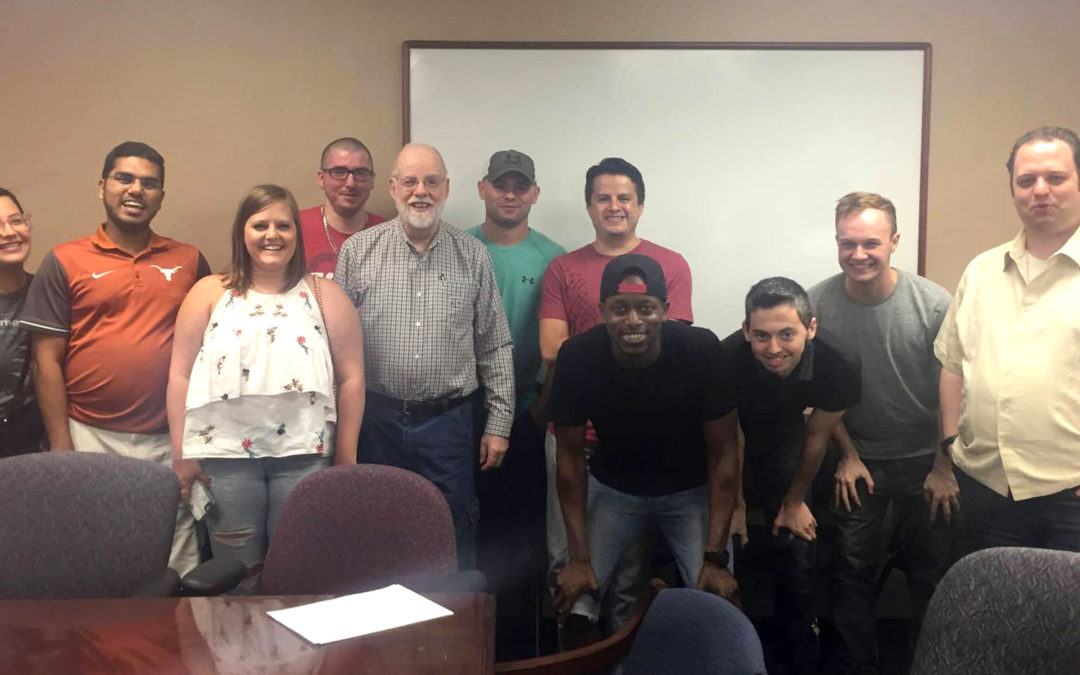 Last night the Dallas Chapter of the National Stuttering Association held it’s monthly meeting, and here’s a quick recap of what happened.

The rainy weather outside had a small effect on attendance, but it had nothing against the sunny disposition of the people in our room. With 12 people in attendance that included one newcomer (hello, Brett!), and two returning members (Prasanth and Matt), we were ready to talk!

Our icebreaker of the night was the question “what is your greatest achievement?” and immediately everyone’s eyebrows furrowed in concentration. We had a couple recent university graduates, a long distance biker training for a 60 mile bike ride, and a newly promoted GM (as in General Manager, not General Motors!), but perhaps the best answer came from Brett, who said that his greatest achievement was to attend our meeting for the first time yesterday. We all gave him a round of applause, because we all know that sometimes “just showing up” can be the hardest thing to do. What a great start!

Moving on to announcements, we discussed:
– Our Spotlight of the Month was Russ Hicks!
– Marcus Peters and Daron Bolat leading workshops at the conference this year. Stop by their workshops and say hi!
– Dallas’ own Lee Reeves is this year’s keynote speaker! Don’t miss him at the general session!
– We will be collecting donations for the conference until the end of this month, reply to this email if interested!
– Our greeters that have signed up to help during the conference will get a separate email containing instructions as date approaches closer.
– The Dallas Chapter is participating in welcoming everybody during the kick-off opening ceremony by wearing Dallas or Texas attire and heading to the auditorium (more details to follow in the days to come!)

Moving along to our topic, the annual conference is a great time for everybody, but the experience can be very different depending on if you are a first timer (and you don’t know anybody), a second timer, or a seasoned veteran (and you know EVERYBODY). We opened the floor for everybody to share stories, ask questions and share tips that others might appreciate.

Here is a list of advice we came up with for first timer’s attending the conference (or even for those that have attended multiple times!).

– Challenge yourself. Do that thing that you would not ordinarily do, like participate in open mics or volunteer for workshops. This is the weekend to try new things!
– Don’t be afraid to talk to strangers, because at the conference nobody is really a stranger– they are just family you don’t know yet!
– Do as much as you can…. but pace yourself.
– Enjoy every second of it, because it will be over before you know it.
– Most importantly, have fun!

Another GREAT meeting in the bag.

We can’t wait for next week to come. SEE YOU AT THE CONFERENCE DALLAS STUTTERING FAMILY!