We are a chapter of the National Stuttering Association, a nationwide, non-profit organization dedicated to bringing hope, dignity, support, education, and empowerment to children and adults who stutter. The NSA publishes a newsletter (Letting Go) and other literature, holds an annual convention and regional workshops, and is an advocate on behalf of the stuttering community. (We encourage everyone who stutters, or who has a child or other family member who stutters, to join the NSA and support its efforts.)

Our chapter was founded in February 1985 by Bill Parry.  Bill led the chapter for about 18 years and was also on the Board of Directors and the Advocacy Committee of the national organization.  Lou Madonna was the chapter’s leader from 2001 to 2010 and received a Chapter Leader Award on 2005.  Learn more 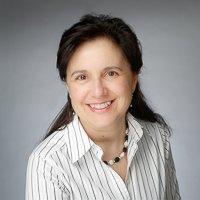 Carmen was born and raised in Spain and moved to the US on 1991.  She started stuttering at a very young age and she stutters in three languages, English, Spanish and Catalan, a local language spoken in the northeast region of Spain.  Carmen attended her first Philly NSA meeting in 2009 and soon became a regular attendee.  She became Chapter Leader in November 2013, taking over from Bill Parry.  Carmen is grateful for how the NSA’s chapter meetings have helped her on her journey from completely ignoring her stuttering and working to cover it, to opening up and be more comfortable within her own stuttering skin.  Carmen’s goal as a Chapter Leader is to help others the same way the NSA has helped her and provide the environment and resources they need on their own journey as people who stutter.

Mitchell Trichon, PhD, CCC/SLP, is a previous Board Member of the NSA the co-led the national network of adult support groups.  He has previous co-led the Queens, NY chapter and the Lafayette, LA chapter that won Chapter of the Year honors.  Mitch is a co-founder of the online stuttering community, Stutter Social and is on the faculty at La Salle University.  His research focus is on self-help activities for people who stutter. His published work has been presented at national and international conferences.  Mitch is a person who stutters and looks forward to building upon the already great history of the Philadelphia Chapter.