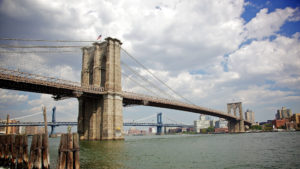 During our July meeting we had 12 people who stutter and three speech-language pathologists in attendance. After the opening words, discussion began about the annual National Stuttering Association Conference that took place from July 5th to July 9th in Dallas, Texas. Many of us were excited to hear about the conference, as this is a widely anticipated event in the NSAcommunity.
Those who attended the conference talked about the fun that they had connecting with their fellow friends in the stuttering community from all over the country. Some of the most notable experiences from the conference were the open mic sessions where people who stutter got in front of a microphone to speak to a large crowd of people — something that most of us can agree is a frightening task. Members in the group who attended the conference described this as an inspiring and empowering experience.
People who attended conferences in previous years began to chime in on their experiences as well. Interestingly, both this year’s conference-goers and past conference-goers expressed how liberating it feels to be able to stutter openly for an extended period of time along with hundreds of other people who stutter. Although overwhelming at first, people felt that this was a fulfilling experience.
The conversation then shifted toward stuttering in different cultures. A few different people shared their experiences with stuttering within their respective cultures. One member felt that in Indian culture, people were not so willing to accept stuttering and saw it as a weakness. Another member mentioned that in Japan, stuttering is looked down upon because anything different from the norm is taboo. Two of our Caribbean friends added that their stuttering was not really talked about but was rather swept under the rug, even by other family members who stutter. Although we agreed that these were tough situations, we hoped that things are headed in a positive direction with the growth of stuttering and disability awareness.
After a lively group meeting, we concluded the night with drinks at a local bar. Thank you all for joining us and we hope to see you again at our next chapter meeting on Monday, August 14th.

NSA Brooklyn Chapter Meeting
Monday, August 14th
7:30 to 9 p.m.
Brooklyn YWCA
30 3rd Avenue — walk inside and go to the room on your left with glass doors

In other news…
The Queens chapter is taking stuttering out to the ballgame! On August 13th at 8 p.m., they’ll see the New York Yankees play the Boston Red Sox. Tickets are available on Eventbrite!