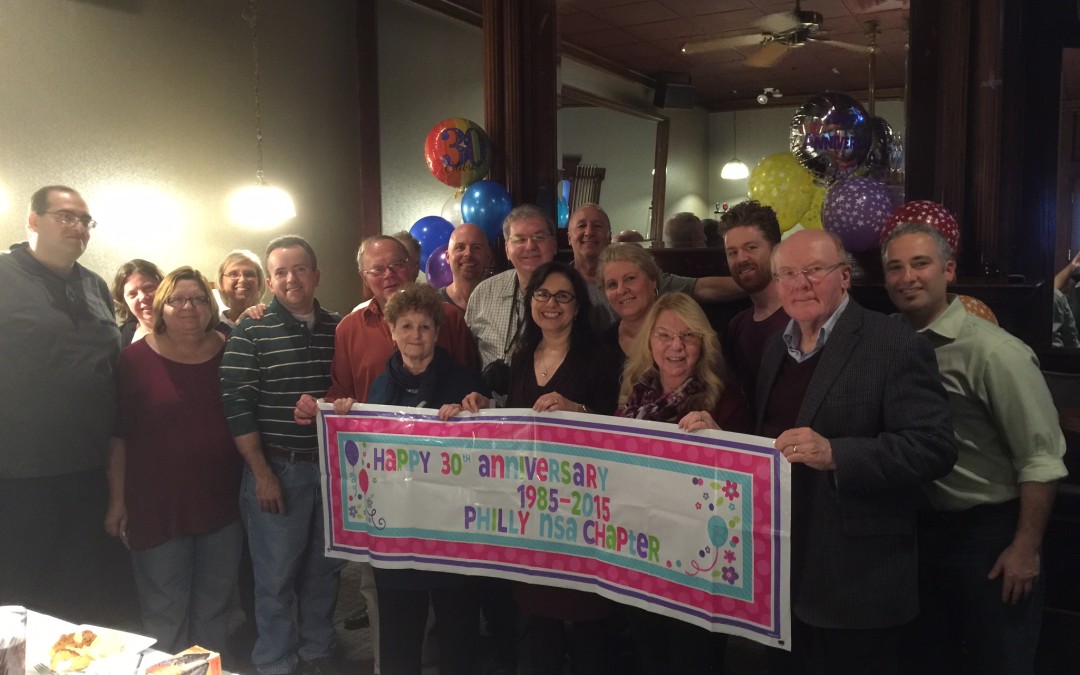 We had a great time!  This year’s holiday party was combined with the South Jersey NSA chapter.  It took place at Dave and Buster’s in Columbus Blvd.  We were a total of 17 people.  All chapter leaders, past and present, attended as well as many members of both chapters.  We had the Executive Billiards room to ourselves the whole night. 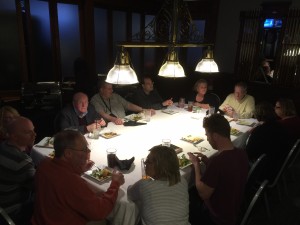 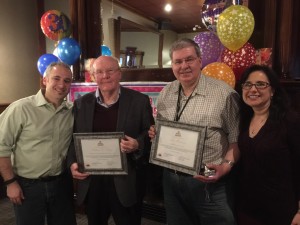 We sat down around the big pool table, which was covered for dinner, and had a chance to catch up with everybody. We took some breaks to play a trivia game and gave away lots of prizes.

We also celebrated the Philadelphia Chapter’s 30th anniversary.  Bill Parry and Lou Madonna received awards in recognition for all their work as chapter leaders during the past 30 years. They had a lot of stories to tell about how our party got started and what it took to keep it alive.

After dinner, the billiards table was uncovered and we played pool for a while.  Afterwards, we went to the game room and played lots of games, some individual, some in teams, and some against each other.  Overall, it was a great evening of fun and good friends.  Happy Holidays everyone! 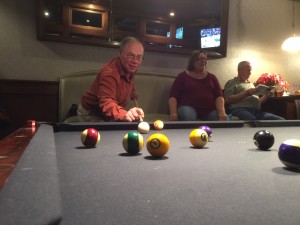 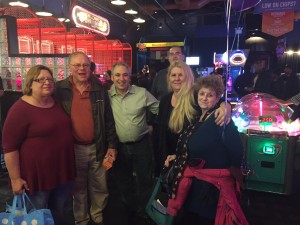 We were 5 people at this meeting, three La Salle students, Mitch and I.  One of the students is working on a project on stuttering in an education setting.  Mitch and I had lots of examples to share from our own experiences.

We talked about going to therapy and what we value from a therapist.  Listening to the patient is one of the most important characteristics.  The therapist should guide you and make suggestions, but should not push you to do something. He/she should recognize when the patient is ready and let you go.

We talked about challenges that we give ourselves in order to improve, not always related to stuttering.  Use volunteer stuttering as a way to desensitize yourself.