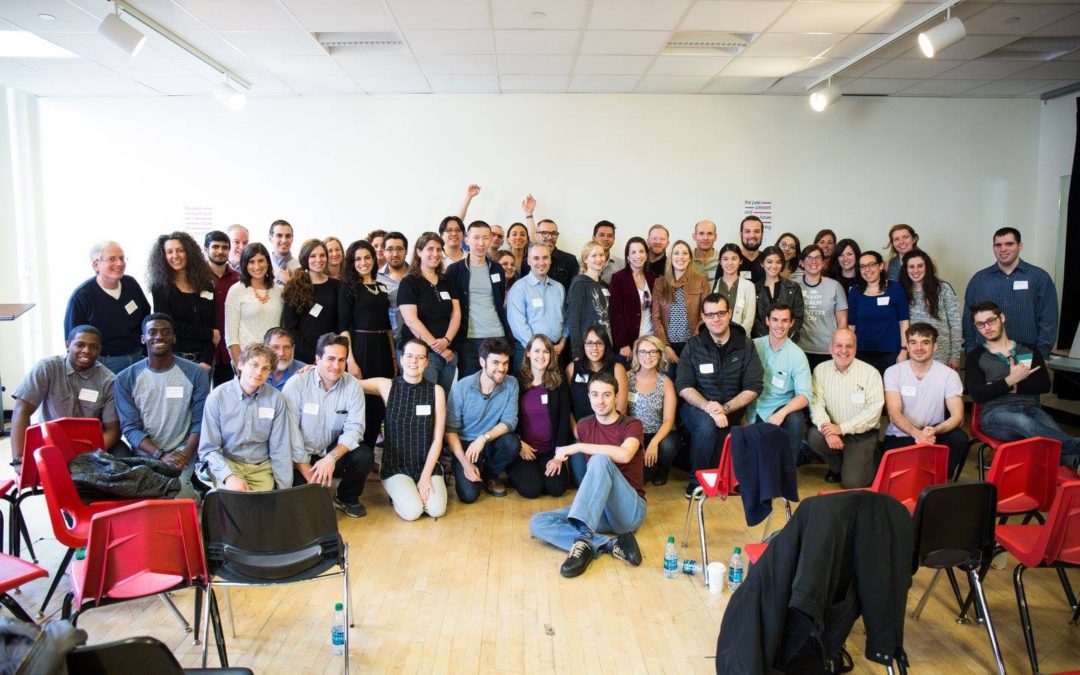 …and our First Conference!

Last Monday we had our May monthly support group at our usual spot. Many of us had also attended our first local self-help conference the day before, where over 60 stutterers sat together and explored some of our community’s most important questions. This was a special day for many of us, and you can expect similar opportunities in the near future as our community here in NYC continues to grow.

As for our monthly meeting, we split up into three smaller groups, shared our thoughts about our conference, and much more. Here is a glimpse of what was discussed.

What are we?
Someone said he was taught that the word “stutterer” meant someone who was defined by stuttering and who let it bring them down, whereas “person who stutters” meant that the person was a person, and that stuttering was only a part of them. We responded by explaining that some people feel that way, but that other people feel otherwise. We went into the history of that a little, and about how the Did I Stutter blog and other people prefer “stutterer”. Someone said that when his stuttering really gets to him, he actually feels more like a stutterer than like a person at all.

Deaf Community
We talked about parallels between the Deaf community and the stuttering community. How the Deaf community has responded to the idea of “hearing loss” by arguing for “Deaf Gain”—the idea that being deaf brings some advantages and benefits—and whether stutterers might be able to do something analogous.

Benefits of stuttering
We talked about occasional benefits of stuttering. Bonding intimately during conversation, or even just making rude, impatient people uncomfortable on purpose. We recalled Emma’s quote from the conference from John Updike, which is so beautiful: “Those who stutter win, in the painful pauses of their demonstration that speech isn’t entirely natural, a respectful attention, a tender alertness. Words are, we are reassured, precious.” We discussed this idea, and what Updike might have meant when he said that speech isn’t entirely natural. (Updike stuttered.)

Taking it back
One of our members recently presented to her class what stuttering is, and how to best prepare a teacher when one of her students is a stutterer. This opened up an interesting conversation about whether a student should be called on in class, and what we would have preferred when we were kids. Going along with much of the theme from the day before at our conference, one of our members asked, how could it have been different for the student if the teacher not only knew about stuttering, but if the child actually lived in a world where she believed that stuttering was truly okay.

This is supposed to be inspiring?
We discussed how the media often talks about individuals overcoming their stuttering, and then going on to have successful professional careers. Here is one such example. Some of us expressed concern that these stories stigmatize stuttering. One member asked, ‘why not just say, this is a guy who stutters, he’s a good coach, and he’s successful in what he does?’ What does a child who stutters, or even an adult, think about their own stuttering when stuttering is too often viewed as something we should try to disassociate ourselves with?

Thank you to everyone for coming out on Monday night. 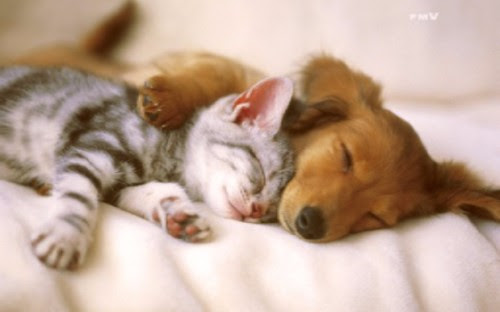 Our April meeting was our largest yet. There were 38 of us in total, including six newcomers who stutter, many familiar faces, and several SLPs and SLP students. It was lovely to reconnect with everyone and to meet the many people who joined us for the first time. We look forward to speaking more with each of you soon!

We split up into three groups for conversation. Here is some of what we talked about.

Creating a comfier environment to stutter in

Much of the conversation this month focused on how we can change the social dynamic with our listener when we feel uncomfortable or when we feel our listener is unsympathetic to how we speak. As it often does, “advertising”, or telling our listener that we stutter, came up. A newcomer talked about how she was nervous about advertising to her unsupportive coworkers. Advertising seemed foreign to her, and she worried that it would make her an easy target for malicious gossip. In response, some of us suggested that advertising, especially when confident and unapologetic, might instead be met with sympathy and respect.

We discussed how maintaining eye contact with our listener is another way to comfort ourselves while speaking. Like advertising, it can be powerful, but also scary and difficult to do sometimes. A few people spoke about how the variability of their speech—stuttering more as a conversation progresses, or stuttering a lot during one conversation while hardly at all in another—can make matters confusing. Some of us worry that this variability will lead our listener to assume we are drunk or high or just weird. We talked about how these concerns might be lessened by maintaining eye contact, which keeps us and our listener emotionally connected to each other and more present. One woman spoke about how she has felt a loss of dignity when looking away from her listener while speaking. Sometimes her listener has looked away from her too in response, perhaps sensing her embarrassment and feeling like he wasn’t supposed to have seen her in that vulnerable moment. But maintaining eye contact can preserve our dignity in our own mind and in our listener’s mind and establish us as a coequal partner in a conversation.

We also did some role-playing to explore ways we can handle or educate rude or ignorant cashiers when we’re buying food. And we talked about the “I Stutter Card” and about whether we would like to use it ourselves to advertise.

We talked about labeling ourselves. Many of us prefer to say simply, “I stutter”. When forced to choose between “stutterer” and “person who stutters”, we were about evenly split. But one man shared that he has found it helpful to think of himself as neither. He feels that disfluency is not binary, but instead a matter of degree. Since all people have disfluencies in their speech, he sees no need to label himself as different just because he has more disfluencies than most people. This attitude has helped him challenge his habit of reflexively thinking that stuttering is bad and has solidified his actual belief that it is ok to stutter.

Someone shared her frustration with SLPs who teach that stuttering originates in the vocal folds and articulators. She mentioned research suggesting that stuttering actually originates in the brain, particularly in the basal ganglia. Given the role of the brain, she feels that heroic attempts to control the muscles in the mouth and throat often miss the point, and that SLPs who pressure children who stutter to make such attempts can do a lot of damage. We also talked about the frustrations of not being able to pinpoint the reasons for an occasional increase in stuttering, or consequently to do anything about it. And we talked about the pleasures of being connected to the NSA community. There are so many thoughtful, talented, and accepting people to make friends with and to reach out to whenever we want advice or support from someone who understands the part of us that is shaped by stuttering.