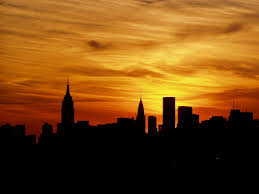 Thirty of us came out to our July meeting – 25 people who stutter, one committed SLP, and 4 awesome SLP students from Chaya’s class who came to observe. Chaya teaches the stuttering course at LIU by the way. And I hear she’s a pro at it. Also, a warm welcome to our good friend Eric Jackson who is back in NYC. Eric co-founded the NSA Brooklyn Chapter, and is a pioneer in the NYC stuttering community.

We started with intros, we then split into 3 smaller groups, and here is some of what we covered:

The phone can really suck at times, especially for interviews because you may be stripped away from the opportunity to make a positive impression with anything other than your speech. This lead the conversation to the benefits of advertising up front, during an interview, over the phone. Usually, people seem to respect you for it, as it builds a human connection. Not advertising during an interview may force you to continue to hide it. It might feel uncomfortable and even ‘unprofessional’ but many members expressed that the outcome is almost always a positive one.

Two stutterers on television: George Springer, a particularly good player on the Houston Astros, who was set up with a live mic while he was playing in the recent Major League Baseball All-Star game. He gave live commentary which was interesting, and stuttered openly. He has been open about stuttering and has received positive feedback both professionally and in the stuttering community about his stuttering. Also Jeff Zeleny, Senior White House Correspondent for CNN, who has discussed his stuttering in the public eye and stutters subtly while on air.

A few of us discussed that we felt that recently on the internet and in the media, we seem to be finding more examples of stuttering being spoken about as something negative, as an indication of dishonesty or stupidity. Some of us mentioned that we worry that people will think we’re stupid when we stutter.

When people say, “Oh, I used to stutter, but now I don’t”, do those people really understand what stuttering is?

We talked about the high of advertising when first starting a job, and how we may be able to maintain these positive vibes. But what do we do when some of this novelty wears off? This lead to a conversation on why we advertise, and a couple members expressed that the goal for them was simply to better connect with your listener, nothing more nothing less.

Many of us went out for a drink, per usual, at our nearby hang out bar, Juniper. Come join us next time around if you weren’t able to be there. And now, three quick…

Mock Interview Event at Goldman Sachs
We are excited to tell you about the upcoming mock interview event at Goldman Sachs which some of you have heard a little about. George Daquila, a passionate member of the New York City stuttering community, works at Goldman Sachs and is leading their initiative to hire more stutterers. Event is on Friday, August 11, 1:00pm–5:30pm, and you can click here for more details

Yankee Game
Get your tickets today and join us as we take Stuttering out to the Yankee Game. On Sunday, August 13th at 8:05 pm. An email will be sent out shortly about tailgating for this event. See you then! – Nina
https://www.eventbrite.com/e/take-stuttering-out-to-the-ballgame-tickets-36193000238

August meetings
Brooklyn and Manhattan meetings are at their regular meeting times this month. Click here for more info for Brooklyn meeting. They’re a good group. One of the best, actually. We love them. Every one of them.